In L.A. Thanksgiving Dinner has to be finished in less than 2 hours. In my family, that’s hardly enough time for the first fight to break out.

Have you been watching the election returns? It’s like watching a horse race, where instead of hay, the horses were fed loco weed.

I watched the news shows for four hours on November 3rd before I discovered that it wasn’t a sitcom.

It’s like watching a mongoose fight a snake on the Nature Channel. You don’t know who’s winning until one of the contestants goes limp.

No matter how hard the newscasters try to explain it, it still comes out sounding like an Abbott and Costello routine.

The way things are going, we may have to hold two separate inaugurations next year.

This whole thing looks like a wrestling match. . . only less polite.

America may have the first president elected by the “eenie-meenie-minee-mo method.”

My wife came home and asked me, “Who’s winning.” I said, “Apparently, both of them.”

I haven’t looked at this many maps since I got lost on my way through Okeechobee.

I’m suspect of the whole deal . . . ever since I noticed that one of the vote counters used to be my bookie.

Something’s going on because all of the vote counters talk like Sheldon Leonard.

It would have been simpler if they just picked the names out of a hat. I can just hear them announcing the winner now: “President Stetson.”

This COVID-19 is terrible. I’ve been stuck in my house for over 6 months. Now I know why the dog gets so excited when anyone comes to the door.

I have to wear a mask anytime I take the dog for a walk. Poor Fido thinks it’s because I’m vicious.

I envy the people who get to work from home. I used to drive 45 minutes each way to my work. The lucky people today fall out of bed, and they’re there.

It’s just my wife and me at home now. We both think it would be nice if we just had someone to talk to.

The other day I saw a group of people in the park all wearing those plastic shields. It looked like the “Annual Welder’s Picnic.”

One ad that’s on television constantly is the one for Medicare Advantage. It’s started a whole new career for Joe Namath.

It runs constantly. If they took the money they spent on advertising, they could actually afford to have medical care for all.

They should spend that time and money on a program that will cure Joe Namath’s acting.

Namath’s acting is so bad, it should be carried off the field on a stretcher.

And they keep insisting that it’s free. That’s because they don’t put the small print into the television ads.

Some ads are tricky, though. They may offer to pay 100% for the delivery of your baby, but it takes 14 months to get an appointment.

California won’t permit Disneyland to open. It’s causing hardships. I was walking along Anaheim Avenue and I swear I saw Goofy camping among the homeless.

Is Disneyland still the happiest place on earth? Not for the people who work there, it ain’t.

Mickey Mouse is so angry, he may call together all of his mice friends and invade the Governor’s house

All the characters at Disneyland are furious, but since they only have three fingers, it’s hard to decide which one to give to the politicians.

In California, churches and Disneyland are still closed. Out there, the politicians won’t let you go to Heaven or to Tom Sawyer’s Island.

A theological college has been charged with fraud by making money from fake student loans. They suspected something when the Dean was known as Louie “The Wallet.”

And the motto of their school was “Fogedaboudit.”

…And the school’s mascot was Lori Loughlin

Imagine. . . it’s a not-for-profit school that teaches lessons from the Bible. I suppose they were trying to make enough money to fill 12 baskets.

It also says in the Bible, “Render unto Caesar the things that belong to Caesar,” so I guess they figured, well Caesar’s dead so we might as well . . .

When you graduate from this school, you go up on stage and buy your diploma.

It’s called the Apex school of theology, not to be confused with the Ajax school of safecracking, breaking, and entering.

These Theologians decided that passing the collection plate was too slow for them.

The School’s Fight Song is: “I’m in the money.”

Their favorite person in the Bible is Judas Iscariot.

However, they’re holding out for a lot more than 30 pieces of silver.

They have a lucrative Wine Store on campus, but they only sell water. You have to change it into wine yourself.

It’s a scam. Thankfully, that word is not in the Bible. Unfortunately, though, it is in the Federal Statutes.

A lost Golden Retriever that was missing for a week, traveled 60 miles to her home. That has to be the longest game of fetch ever.

That’s the difference between dogs and cats. Dogs get lost from home. Cats escape.

As protection from COVID-19, Hormel is offering a bacon scented face mask. It’s the only mask that got five stars from both consumer reports and Bon Appetit.

A face mask that has an aroma of bacon, not only will people see you coming, they’ll smell you too.

It’s so realistic they guarantee your cholesterol will go up 200 points.

The auction house said the sneakers are one of a kind because of a hole in the left shoe. I’ll bet it’s not as big as the one in the head of the person who spent all that money for them.

A German university is offering a grant of $1,900.00 to do nothing. The US Congress immediately applied.

It’s a catch-22. The grant is for doing nothing but as soon as you apply, you are disqualified.

The town of Rabbit Hash, Ky has elected a French bulldog as the new mayor. His acceptance speech consisted of “Bow-Wow.” They’re now searching for a translator to see what he said.

Of course, it’s not unusual for people to listen to a politician and never know what he said.

He received 13,143 votes which is more than any other mayor has earned. So, it’s not like they were just tossing him a bone.

They’ve already formed a committee to take him for a walk several times a day.

The committee’s not very efficient though. People visiting the mayor’s office are cautioned to watch where they step.

They now have a dog for a mayor. The town mailman has refused to deliver mail to city hall ever since.

Finally there’s a politician that we can believe when he says he’s going to take a bite out of crime.

In L.A. and New York, thanksgiving dinner can’t last any more than two hours. A lot of family gatherings may be mistaken for the National Pie Eating contest.

It takes our family at least two hours just to carve the turkey.

It’s unfair to mothers. They spend hours bending over a hot stove, one hour to eat the meal, and one hour to say goodbye to everyone.

Two hours is not enough time for my family. That only gives us one hour to settle our disagreements and one hour to start new ones.

If I was the turkey at a two-hour Thanksgiving feast, I’d get up and leave.

It’s a good thing we didn’t have these rules for the first Thanksgiving. The Indians would have wiped us out and then went home to get a snack.

And it’s limited to ten people. That’s OK for poker games, but not for a family feast.

We should have somebody stand outside of those Governor’s houses with a stopwatch. They can make laws, let’s see if they can keep them.

Family members haven’t seen each other in so long, they may have to wear nametags.

Our Governor says we should finish in under 2 hours. My mother taught me never to talk with my mouth full; My Governor is now telling me I must.

The song, I’ll Be Home for Christmas, has now been written into law.

You Know You’ve Had Too Much For Thanksgiving Dinner….

…When you try to thank our hostess and it comes out, “Gobble, gobble.”

…when the only thing that still fits you after the meal is your birthday suit.

…but it feels a little tight.

…when you’re completely stuffed and the other guests are furious that you haven’t passed anything around.

…When even the turkey has a surprised look on his face because of how much you ate.

…when you have to take the bus home because you find out that you don’t fit in your car anymore.

She went willingly, although she tried several times to have a stand-in serve her sentence.

She’s serving a sentence of two months. Which only gives her about a month and a half to plan a break.

Or maybe she can have some writer friends script a decent get-away plan for her.

She paid $500,00 to get her daughters into college. She plans on taking some courses while in prison. After paying $500,000, she figures somebody should learn something.

She may get in with a tough crowd in prison – all former Hollywood agents.

Enter your email address to keep up to date with our news letter! 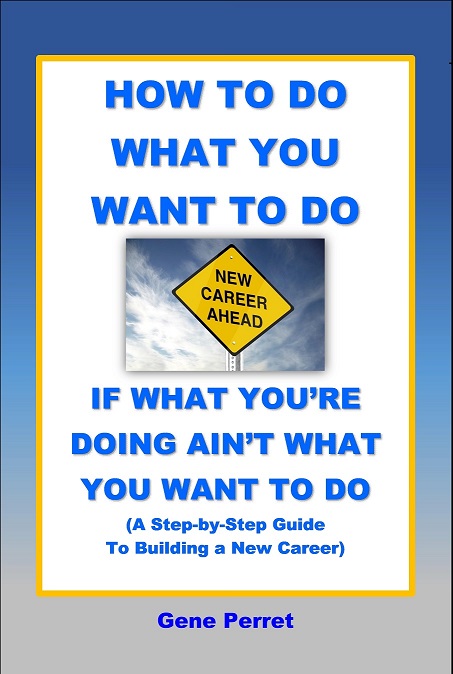 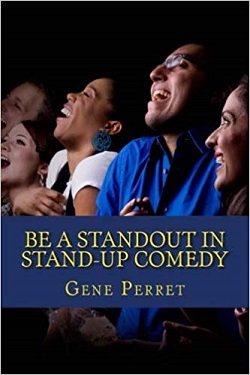 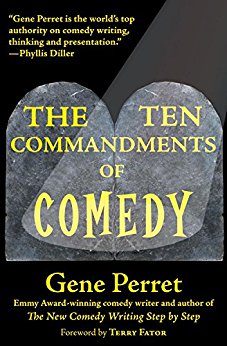 © 2020 Perrets' Humor Files. You are free to use jokes from this page in your presentations, speeches, act, publication, etc.
Site By: Hark.Digital